Macs are back! This makes me very happy. Very happy indeed. As you would have seen earlier in the year, the last time I made macarons, it didn’t go so well. These still weren’t perfect, that’s for sure, but they do look like macarons, and they taste pretty amazeballs. And that’s all I really care about 🙂 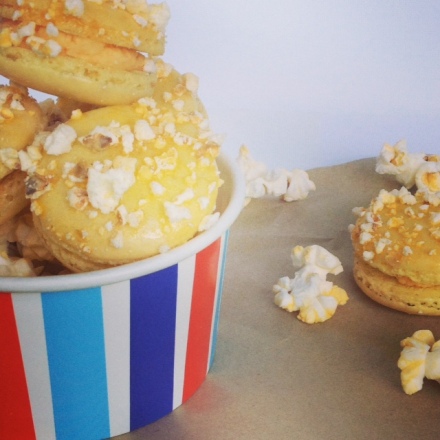 This mac flavour is from Zumbo’s Fantasy Land of Macarons (p. 57), and the recipe had intrigued me for a quite a while, but I was just a bit scared to give them a go. I’m very glad I did though, because they were definitely worth it. Surprising or not, they taste exactly like a big mouthful of butter popcorn, just with a few different textures. I am a massive fan of sweets with salt, so these were a major winner in my eyes! The only thing I think I would do differently next time, would be to blitz the popcorn a bit more, because I had some big chunky bits on my shells, so they didn’t look quite as dainty as Zumbo the Great’s. 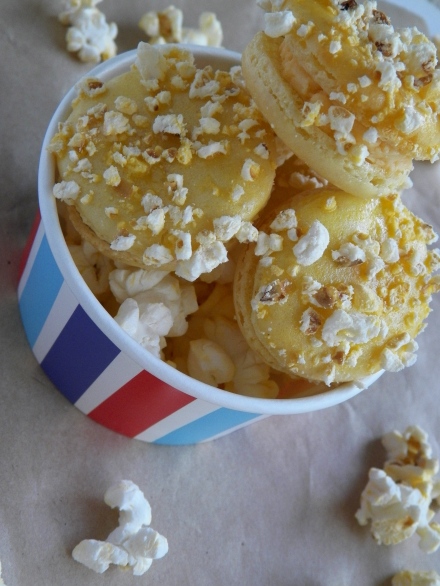 Begin beating the 50g egg whites with one hand, and with the other, stream the hot sugar syrup down the side of the bowl to create an italian meringue. Beat until stiff peaks form, the meringue should be thick and very glossy. If you want to add flavouring/colouring, now’s your moment. So add the colouring now. Just lightly beat them into the meringue. Pour meringue into the almond meal, icing sugar and 45g egg whites mixture and mix roughly to combine. When combined, fold mixture together (one single stroke) until there are no air bubbles left. Make a spread across the top of the mixture, and it should disappear in about 20 seconds. Spoon mixture into a piping bag fitted with a round nozzle. (If you don’t have a piping bag set, most supermarkets sell plastic ones, they are Multix brand, in an orange box and contain 5 piping bags with a few different nozzles, plus they’re only about $3. You should be able to find them in the baking aisle). Lock the bag by spinning the top around 4 times. Pipe 3-4cm rounds on the oven trays prepared earlier. Tap the bottom of the trays on the kitchen bench and let them sit for about half an hour, or until mixture is dry to the touch. Meanwhile, preheat the oven to 145c (135c fan forced). 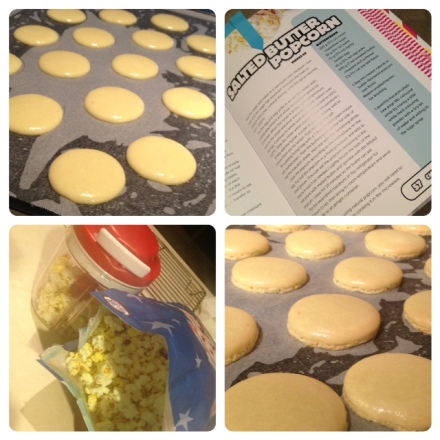 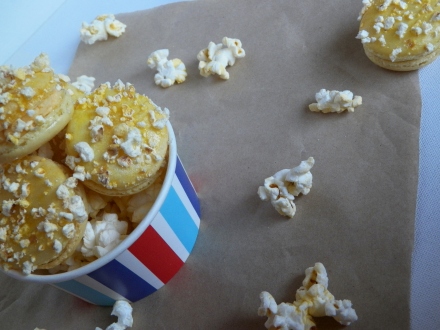 Buttercream: (from Zumbarons: A Fantasy Land of Macarons, p.57.)
(I still made the full recipe, even though it could have filled double the shells I had. I am sure I will use it for something…maybe eating it from the bowl…maybe…)
You will need digital scales and a thermometer to make this buttercream. The thermometer I use is just an ordinary one used for coffee. You can find them at homeware or discount stores.
Beat the butter until pale and creamy, about 4 minutes. Put the egg and egg yolks together in a large bowl, and set aside. In a small saucepan, combine the sugar and water, and cook over a low-medium heat until sugar dissolves. Turn the heat up to medium, and cook mixture until it reaches 121c. Begin beating the eggs for a minute or so, and then very slowly pour the sugar syrup down the side of the bowl into the egg mixture. Continue whisking the mixture until it is thick, and cooled to 50c. A teaspoon at a time, add the butter to the egg and sugar mixture, and mix well after each addition to ensure there is no lumps. Once all the butter has been incorporated, fold in the salt to taste. It should look a little something like this: 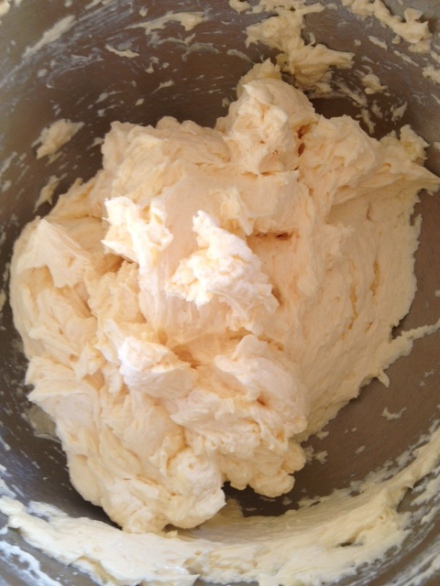 Assembly:
Cook the microwave popcorn according to instructions. Blitz approximately half of the popcorn in a food processor, until they look like small chunky crumbs. Place popcorn on a large plate or in a shallow bowl. Pair up macaron shells. Spoon buttercream into a piping bag fitted with a round nozzle, and pipe 1/2 tsp onto shells, and sandwich with another. Melt 1 (if you want to brush 1 shell) or 2 tablespoons of butter (if you want to brush both shells) and completely brush the shell/s with the melted butter. 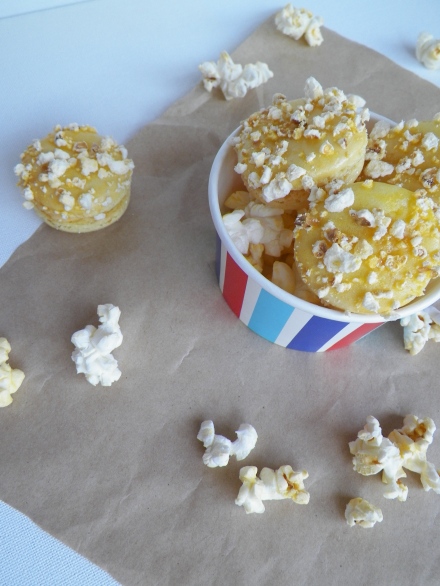 Immediately place buttered shell/s into the popcorn and place on an oven tray with baking paper. Once you have completed all of the macarons, place in fridge to set overnight. This will help develop the flavour. After 24 hours or so, place macarons in airtight container if not serving immediately. Store in fridge, and bring down to room temperature to serve. 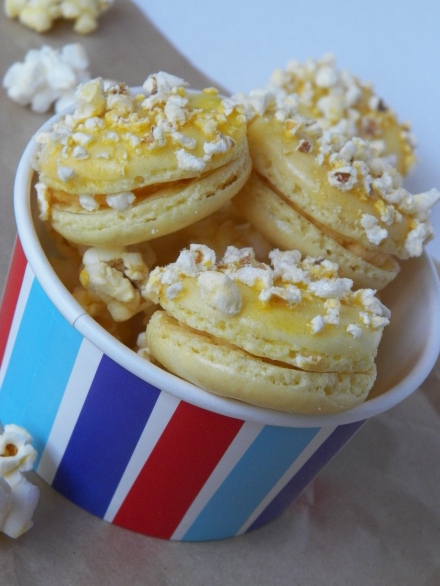